June 16, 2013
I recently enjoyed the privilege of being part of an extraordinary event: UnGrounded, a “hackathon in the sky” where British Airways brought together a group of over 100 innovators to develop solutions addressing the global misalignment of STEM talent.  We were divided into four teams: Team Altitude (Fostering Women in STEM), Team Ground Control (Growing STEM in Emerging Economies), Team Wingspan (Expanding STEM), and Team Transatlantic (Meeting US Demand for STEM Talent Globally).  I was part of Team Ground Control.

The following are highlights from the experience.

Some guidance we were given:
We also heard from a panel that included Duncan Logan (Rocketspace), Penny Abeywardena (Clinton Global Initiative), Kimberly Bryant (Black Girls Code), Guy Fowlie (UN International Telecommunications Union), and Megan Smith (Google X).  I particularly liked one thing Kimberly said – “We have to turn our kids from consumers of technology to creators of technology”.

After orientation was lunch where we put straight to work and started brainstorming with our respective teams.  Among the several impressive people in Team Ground Control were Craig Newmark (Craiglist Founder) who described himself as a nerd – “Home Simpson in a hat”; Eze Vidra (Google Head of Campus) who claims to have the coolest job at Google; and Laura Pincus Hartman (DePaul Professor) who runs an elementary school in Haiti.

We quickly agreed on a principle that rather than imposing on emerging economies our ideas of how to grow STEM, we would be better served finding and helping entrepreneurs in those countries who already have the passion for great ideas. 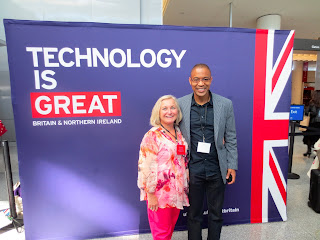 At San Francisco Airport with Rhonda Abrams who invited Intuit to participate.  Thanks Rhonda!

After lunch, it was off to San Francisco Airport where we turned the British Airways Lounge into a big networking party.  Once on the plane, I was assigned to work on a small sub-team to work on “Truly Global Mentorship.”  I worked with Roy Sosa (Rêv CEO), Michael Smolens (dotSUB Founder), Peter Sheehan (TaraMedica Director), and Simon Franks (Franks Family Foundation). 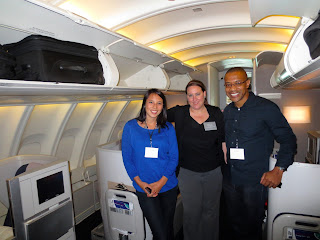 On the plane with Erica Kochi and Jennifer Padgett

After dinner, all the sub-teams spent a couple of hours working on their concepts.  We developed “STEM Cup”, a global competition to create STEM businesses in emerging economies.  What we thought was special about our ideas is that we could build a prototype right away by leveraging existing technologies like Intuit’s Brainstorm and dotSUB’s video translation service.  After finishing our concepts, we all got five votes to vote on our favorite ideas (but you couldn’t vote on your own).  Alas, STEM Cup was not one of the winners but you can check out the list of very deserving concepts here. 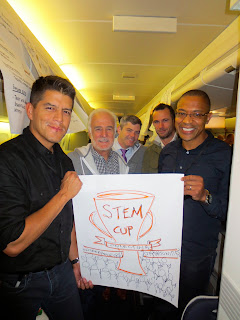 Day 2 – Thursday June 13th, 2013
After arriving in London, we checked into our hotel where some of us were able to catch a couple of ours of sleep.  In the evening we had a very special treat of being hosted by Baroness Patricia Scotland at the House of Lords.  The baroness also gave us a private tour of the historic building. 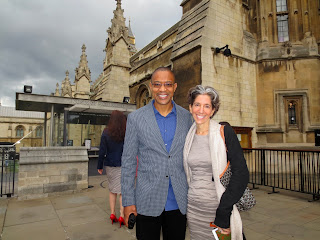 At the House of Lords with Laura Pincus Hartman. 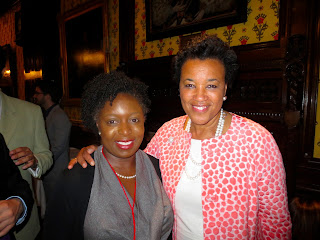 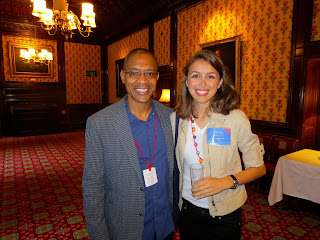 With Cassidy Williams who is a very impressive student from Iowa State University and just happened to be interning at Intuit this summer.  Cassidy was part of the team that came up with the winning AdvisHer concept - congratulations Cassidy! 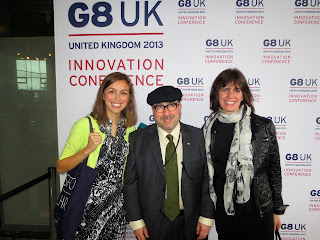 Early Friday morning, it was off to the Crystal for the G8 Innovation Conference in the morning and the DNA (Decide Now Act) Summit in the afternoon.  Some of my favorite highlights: 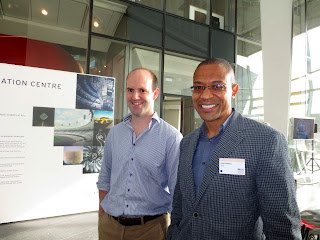 At the DNA Summit with Eben Upton

In the evening, it was off to the Royal Academy of the Arts for a final networking session.  All in all, an amazing experience and job very well done by British Airways and the UnGrounded organizers. 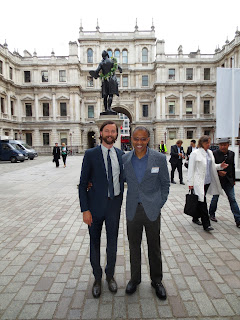 At the Royal Academy of Arts with Tommy Leep, an Intuit alum and former Rotational Development Associate.