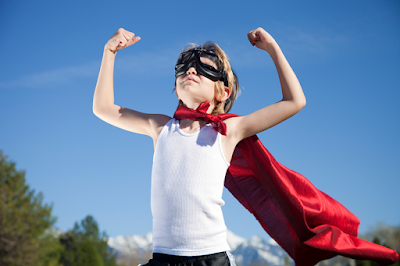 The following article was published on LinkedIn

Even though just about every company purports to care about innovation, not all companies are equal.  Some companies have innovation superpowers - that is, they consistently deliver breakthrough innovations making life next to impossible for would be competitors.


Google is one such company that seems to possess innovation superpowers, especially when it comes to their money-printing search engine.  Since Larry Page and Sergey Brin invented the PageRank algorithm and launched their company in 1998, Google became the search engine of choice, a mantle they haven’t relinquished in the almost two decades since.  This is not because people haven’t been gunning for Google. They’ve managed to keep raising the bar on their search engine in a way that competitors haven’t been able to match.

Take for instance the story of Project Panama. This story starts in June 2000, when Yahoo!, not realizing the strategic significance of search, decided to outsource the job to Google. As Paul Graham describes in his blog, Yahoo! were making tons of money on banner ads which blinded them from seeing that the better way to providing value to advertisers was through targeted search ads.


In 2003, Google for the first time made over $1B in ad revenue and was now a big and scary competitor. Yahoo! purchased Inktomi and Overture to be the basis of their own search technology so they could replace Google (which they eventually did in February 2004). However, Yahoo! continued to operate a simplistic ad placement algorithm based on price (keywords went to the highest bidder) whereas Google’s sophisticated algorithm in AdWords incorporated price and relevancy - resulting in more relevant ads for users, higher click-through for advertisers and higher revenue for Google.


Yahoo! launched Project Panama in 2005 to emulate AdWords. The project was a major undertaking taking close to 18 months and involving 300 to 400 people.  The company’s hopes were riding on the project’s success when after much delay finally launched in February 2007.  Expectations were that Panama would raise revenue per search by 10% or more and that Yahoo! could stem the tide of losses of ad revenue to Google.


Alas, no such thing happened.  By June 2007, Yahoo! announced disappointing earnings results showing they were actually falling further behind Google and their CEO was forced out.

What Yahoo! discovered was while they were working on Project Panama, Google was not standing in place. The target they had been shooting for had moved because Google continued to innovate at a dramatic pace. A large part of Google’s innovation superpower can be attributed to their obsession for running experiments:


At Google, experimentation is practically a mantra; we evaluate almost every change that potentially affects what our users experience. Such changes include not only obvious user-visible changes such as modifications to a user interface, but also more subtle changes such as different machine learning algorithms that might affect ranking or content selection. Our insatiable appetite for experimentation has led us to tackle the problems of how to run more experiments, how to run experiments that produce better decisions, and how to run them faster.


Google’s search algorithms are constantly changing.  As engineers come up with new ideas, they run experiments, analyze the results, apply what they’ve learned and run more experiments. Over time, they have developed sophisticated infrastructure and tools so running experiments can be faster and easier. Because of their data-driven approach, Google enjoys a meritocracy of ideas where even recently hired engineers can propose ideas where the best ideas win.  An engineer can go from idea to live on Google for a percentage of users in 24 hours.


All companies can learn from Google’s experimentation culture. Building experimentation infrastructure and tools enables every employee to run experiments with their own ideas and benefit from those learnings. When data trumps politics and PowerPoint, the company makes better decisions and invests its time more wisely. Experimentation gives you innovation superpower!

Jeff Zias and I are writing the book Grassroots Innovation in the Enterprise to be published this fall.  Do you have stories to share about how you’ve used experimentation in your company?  We’d love to hear from you and share some of the best stories we gather in our book.